I have been brewing on this for some time now. BREWING is the keyword here. BREWING as in FRUSTRATING. BREWING as in not knowing which direction to take, not knowing whose side I should be on, trying to get away with what has been practiced for so long because it is cheaper but wrong just the same, and worst of all, trying to please everyone. In the end, I am left with nothing but dissatisfaction! Point in favor of frustration..

Today is 11/11/11. What should have been just a normal day started with tragedy. Four young men, full of life and energy, were on their way to the city in the early hours of the morning when they met a terrible accident. One man was about to board a ship that would take him back to his oversees job, while the other three were there to send him off. The OFW, an engineer, died instantly, while two others died on the way to the hospital. The fourth is in critical condition.

Does the date have anything to do with the accident? Probably not but from what I heard, they had just come from a party all-night, and all had had a drink too many. I won’t say it anymore, because we all know what the lesson here is. I will ask, though, why nobody seems to think it is essential to implement the law that could have saved these lives? Why do Filipinos in other countries follow the law but here in our own country, we don’t? How many more accidents will it take for us to put our foot down and say “Enough is enough!”? Point two in favor of frustration..

Between Point 1 and Point 2, both concerns are results of human error and both can be solved. However, being honest is not enough anymore. It should be Honesty combined with Common Street Sense. We should stop living in the past and start going with the flow. Because of technology, our lives are being rushed forward as we apply all the new gadgets and opportunities made available everyday. There is no time to process and inculcate the way we used to, or else we are left behind.

So Stop Talking/Writing/Thinking About It! Take Action! 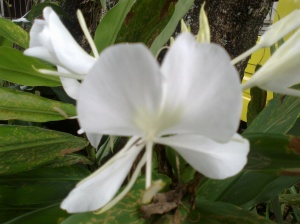 Footnote: The three men who died are — Oneil Akiatan, Nelcar Licuanan and Lingcoy Muga. They were sons of the old families of Damilag, Bukidnon and were working to raise their standard of living. May their souls rest in peace. The fourth man (still in hospital) is Arnel Cahoy, son of the former barangay Damilag treasurer. May he recover quickly from his injuries.

A journaler - someone who writes in a journal. View more posts

One thought on “Not So There Yet”